Another long one? God damn it. ​

Builder Crate
Whilst it was slightly helpful, the crate taking its place is superior.
RIP!

Pinata Party Requirement
We now only require 40 players (on Towny) to start a party!
We've lowered it because players are now spread out.

Dungeons
Reworked existing dungeons for a tiered difficulty experience throughout the dungeons. (From easiest to hardest is now: Necropolis -> Bandit Den -> Cloud City -> Crimson Courtyard)
Added a drops table to Zeus as there wasn’t one before.
Increased the drop chances of all items on all mobs.
Expanded drop pools on all bosses to include more items including vanilla items.
Fixed a problem with the Sleeping Giant minion’s giving too much experience.

Dungeon Shop
Nerfed the dungeon items available in the shop by several levels of protection/sharpness/power each while also lowering its price so new players can get gear cheaper that isn’t very OP.
Nerfed the amount of health each (and every) piece gave (or completely removed that attribute) to balance the gear of newer players.
(Credit: @Yiroh - Appreciate you saving me the headache)

Graves
We've increased the maximum graves you can have from 1 to 3 at a time.

CYTMarriage
Woahhh.. I bet you didn't expect that, huh..
We're adding this because of the harassment you keep giving @lukemango. (not really, this has a use)
Our marriage features:
- A separate bank account (50/50 split if someone divorces)
- Kiss feature (5 second delay because of some easter eggs along the way)
- Marriage private chat
- 20% mcMMO/Jobs boosts within 20 blocks of eachother
- GUI based (wooooo!)
- A shared player vault (/marry vault)
Marry eachother with /marry propose <spouse>! (Both sides have to be in the Chapel, /warp Chapel)

Vacuum Command
You can check how long is left on the vacuum with a command now (in-case the scoreboard breaks or you don't have it enabled)
Type /vacuum to give it a try!

Rankup Crate
We've added a crate that you recieve upon rankup.
Check the possible rewards out at /warp crates.
Credit: @RileyDean

New Quest - Ordenstein
We hope you're enjoying exploring the City of Ordenstein! The citizens of the city are glad to have you there, and some of them could even use your help! You may have to seek them out individually, but they may offer you quests with tantalizing rewards! Explore the city and see who's in need of your help!
Check it out at /warp Ordenstein!

You're Welcome
We've brought over from Skyblock the reward for the first player to welcome a new player within the first 10 seconds!

Mob Arena Crate
We've added a crate that you can obtain by playing Mob Arena!
Check the possible rewards out at /warp crates.
Play Mob Arena with /ma!
Credit: @brad

Reward Claim GUI
We've added more rewards along with a GUI to claim them!
You no longer need to post in #support when eligible for rewards such as PyroFishing Level 50 Tag and the Chat Reaction 500 Reacts tag.
Type /claim to claim your rewards!

(Re-added) Stock Market
These are actually the same prices as real life (and in real-time) and are at a maximum of 15 minutes behind. You can now get side income by investing in companies that you believe in!
Check out /warp stocks to visit the stockbroker, or /stocks for more information!
(If you become rich in real life because of stocks in the future, don't forget where you learnt it!) 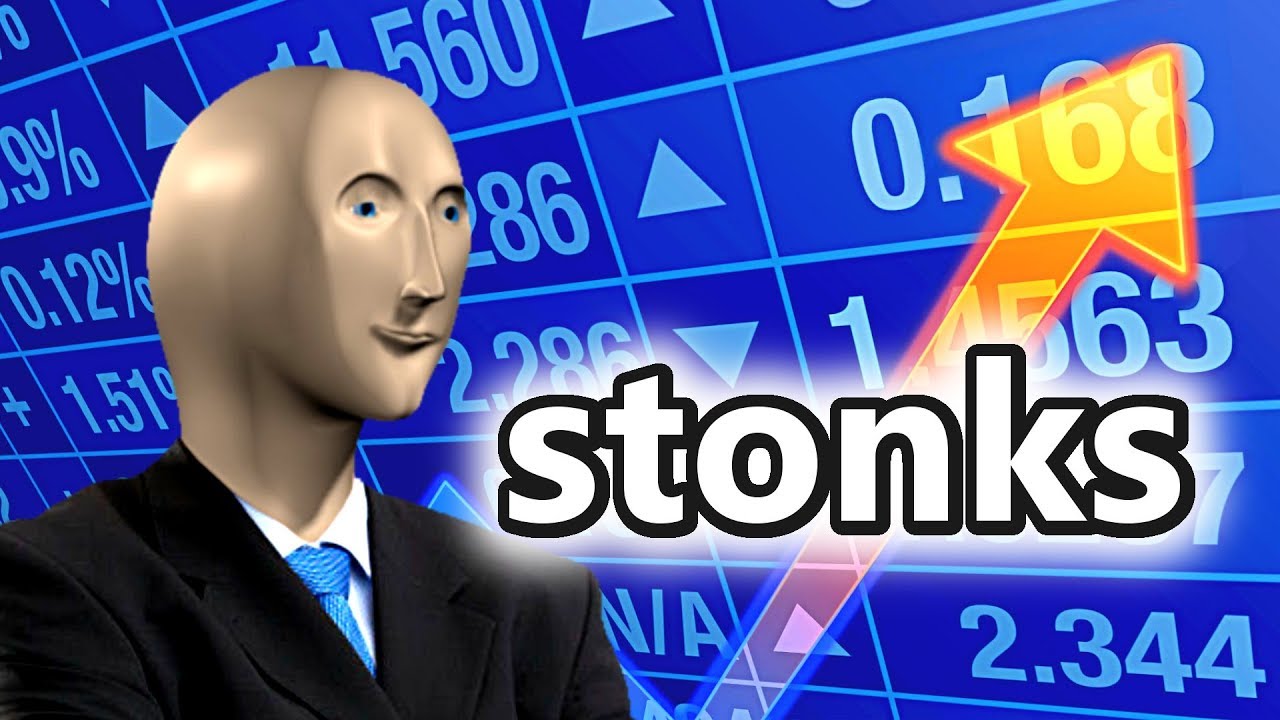 A quick statement on the current state of Skyblock
We're becoming increasingly aware that Skyblock is understaffed and we're looking into a resolution for this, however with the lack of eligible applicants for Skyblock, this makes that hard. We're not willing to drop our standards to fill the gaps as that would only cause further issues.
We're aware that it's become more of an 'AFK Simulator' and we're very open to suggestions on things that require the player (you) to be active to gain progress.
To shine a bit of light, we're preparing for Version 3 (will be 1.16 natively) which will have more intuitive content and will require the player to be physically at the computer (than watching Netflix alone crying). This content (we hope) will bring community and a family-like atmosphere back to Skyblock, rather than joining and chat be completely silent. Version 3 does not have an estimated release date.

Marriage
DO NOT SCREAM. EVERYTHING IS OK.
We're replacing it with our custom variant found in Towny!

Supply Drops
We're looking into a solution to make these into more of a Minigame rather than a toxic competitive atmosphere. These hopefully will be back.

Disguises
Disguises have too many issues (invisible players, PvP glitches etc) and little hitbox exploits for us to continue using these.

Vote Managers - Delayed until July 31st (Midnight EST)
We've switched the vote handler!
This basically means we have more control over what rewards you can obtain, also added the /vote top command!

CYTMarriage
Pretty good replacement if I do say so myself.
Our marriage features:
- A separate bank account (50/50 split if someone divorces)
- Kiss feature (5 second delay because of some easter eggs along the way)
- Marriage private chat
- 20% mcMMO/Jobs boosts within 20 blocks of eachother
- GUI based (wooooo!)
- A shared player vault (/marry vault)
Marry eachother with /marry propose <spouse>! (Both sides have to be in the Chapel, /warp Chapel)

CYTLottery
We've brought over the Lottery!
Purchase tickets for $3,000 (max of 10 tickets) and win the pot!
Type /lotto to enter!

Chat Reaction
It's time to REACT (this was a joke when FBE tried to trademark.. you get it.)

Minions
We've brought over the helpful fellows!
Use these to give you and your team a boost.
Check out the NPC at spawn to purchase (or type /minions store)

Graves
We've added graves!
These store your items when you die, but warning, they only appear in the Nether, End and Explore world!
You can have a maximum of 3 at a time

Wheel Spin
We've brought the wheel spin over!
You can spin these daily, weekly and purchase a spin for $10,000!
Rewards have been modified to suit Skyblock and it's economy.

Vacuum Command
You can check how long is left on the vacuum with a command now (in-case the scoreboard breaks or you don't have it enabled)
Type /vacuum to give it a try!

Lucky Blocks
These helpful little fellows spawn from breaking blocks with a 1/5000 chance.
Break them to obtain it's rewards!

Custom Chests
Custom Chests are purchasable (in-game currency) and can store thousands of items. (Works with hoppers)
Check them out with /shop (miscellaneous shop)

Let's give you all a heads up.
Are we updated yet? No. We're waiting for 1.16.2 to fix some vital issues still present in 1.16 and 1.16.1 before we start. It's aimed for August, but we'll need time after it releases to prepare, update and test our plugins.

Are you going to reset to update?
We will not be resetting Towny as we can migrate all our worlds to 1.16.2.

What's going to change when you update? [Towny]
The Nether will be completely reset, resized to 25000x25000 (-12.5k to 12.5k (X&Z)) and land claiming within the Nether region will be enabled. Oh, and the version will also update.. if you didn't grasp that already.

Will there be downtime? [Towny]
Yes. We need time to pre-generate the Nether (to prevent lag for both the client and our servers) aswell as to double check/test our plugins. Skyblock will most likely (depending on our hardware usage when pre-generating) remain open whilst we deal with Towny.

Will you wait for OptiFine? [Towny]
We always acknowledge around 40-50% of players use OptiFine for either customisation and/or optimizing the game, and we will be waiting for OptiFine (1.16.2) before releasing.

Will Skyblock be updated?
Skyblock will take some more time than Towny as we're still getting to grips with it, however, by the time it's Skyblock's turn to update to 1.16.2, Skyblock V3 may be ready for release or atleast scheduled which means we won't be updating V2 to 1.16.2. It all depends on timing. We don't necessarily know if V2 will be updated to 1.16.2, but the signs point to more than likely not.

Thanks to all who participated in our giveaway on twitter!
We're happy to announce the winners of the giveaway are...

Congratulations and we hope you enjoy your ranks! <3

We hope to see you online soon!