SlimeXpansion
Currently the plugin does not support our custom jar, we're looking into getting this fixed soon.

Custom Enchants
We feel that the previous Custom Enchants only caused issues while adding little to the gameplay.
The new ones below are more aimed towards our kind of gameplay.

Quests
Quests have been temporarily removed whilst we monitor the new economy and balance them around it.

XPBottle drop on death
As Graves have been added, this is no longer needed to hold XP.

/playtime
We've removed this to check for your playtime as you can press ESC -> Statistics to see the global server playtime instead.
As we've just reset nobody would technically be eligible for staff as it'd say not enough hours played.

PyroMining
It was a good run for the Pyro plugin, but things have to change.

50/50, /casino and Slot Machines
These are very difficult to balance in a competitive and player-driven market.
We want to focus the Economy around the community and players, not around luck.

Brewery
Brewery was a very untouched plugin, with few ever knowing it was there. (f)

EpicSpawners
With the market on spawners being horrific on Version 7, we're reverting it to its predecessor.
You can now only obtain spawners by being a donator rank and mining them with a silk touch pickaxe.

V5 Style Parkours
We gave them one last time to shine, but we need to look to the future.
It's time for new, exciting and competitive timed parkours! (with leaderboards)
Watch out for @Jpsh dominating the parkours.

Slimefun Androids, Barrels and Elevators
With the addition in Version 7.6 of minions, androids became less and less used. They no longer have the benefits that they once had.
Elevators were practically abandoned once we added the Iron Elevators back, meaning there's no use for them anymore!
Barrels are most likely the biggest Slimefun issue we have run into, we have no faith that they will ever be production-server worthy. We have a custom replacement for this.

Marriage
This might be sad to see, but unsurprising. It had literally no benefits at all.

LWC Keys
With the new LWC patch, these are no longer needed.

RTP (v1)
RTP (v1) was very strange, often teleporting you into the same position over and over again.
This will not happen with the replacement. Keep reading!

Telepads
Forget they were there too?

VoteParty (v2)
Community Vote ruled that 79% of players preferred the old method, so we're reverting it!

PyroFishing Tournaments
This might be strange to see, but simply because the same ~5 people used to compete in them, we're going to switch things up.

Current Spawn
Time for something new!

Pyrofishing entropy and cash have been decreased
We want to switch up from the previous meta, so hopefully this will push the community towards other money makers

Resource World Size Increased
We've increased the resource world from 2500x2500 to 16000x16000
It will no longer be reset unless the world is unrecognisable.

LWC Protections
LWC will no longer protect items that were in a town and were unclaimed.
The protection will be removed if the plot is no longer claim or the plot is cleared.
The cost to protect anything is now 50$ per.

Restart Notifications
They will now broadcast in chat as well as a title screen so you don't miss it!

Mob-Arena
We've modified Mob-Arena to be more enjoyable and rewarding.
We've replaced all of the current kits with 5 new ones!

All in-game announcements are now in distinct colours for identifiability

We've increased town prices to make sure you're financially ready to start a town, we don't want towns that fall after 2-3 days and players end up being raided because of it. We've made upkeep lower (25$/chunk/day lower to help with this, just higher start-up costs)

Featherboard Layout
We've modified the look of the Featherboard to include some more information!

Envoys
Envoys have been revamped with a new arena and a revised list of possible rewards!
Keep Inventory has been enabled in the Envoys indefinitely.

Auction House
We've changed plugins and tested this one thoroughly, no issues as of yet.
Please let us know if you find any here

Crates
We've modified the rewards of all crates, punch them to view the new possible rewards!
/warp crates

Towny Claiming
You can now claim 6 chunks towards the nearest town, but players cannot start new towns within 13 chunks of your existing town.
This prevents not being able to expand because of a nearby town.

Jobs
Added Killing of Foxes, Bees, Pandas and Ender Guardian for Hunter
Added Breeding of Bees & Pandas, Planting of Bamboo, Breaking of Honey Comb and Seaweed, Bamboo and Taming of Foxes to Farmer
Credit to @Fear for pointing these out

PinataParty Use
We've removed Pinatas from being used for VoteParties and will be used for player-goal events (for example, we reach 40 players)
Changes have been made:
Reduced knockback effect from 20% to 1%
Enabled teleporting effect at 1% (will teleport within 8 block radius on the same type of block only (so it won't leave the arena))

CYTBarrels
Thanks to our new Developer @Sxtanna for making this!

Hey everyone, this is a help thread for barrels. What are barrels? The barrels are aimed for people that need mass storage for thousands of items. Can you shift+click items out of them? Yep! Where to obtain barrels? From the Shady Mage at /warp mage. Can you break barrels? You can (even... 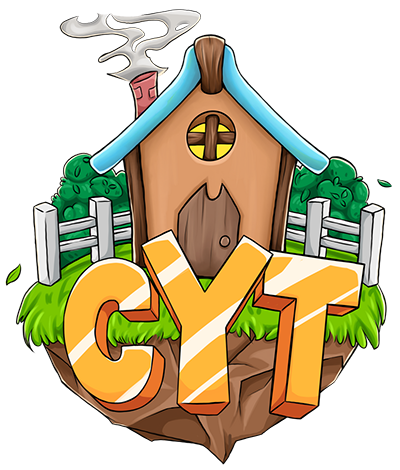 Daily Rewards
Finally, they return (and working (we hope))! Claim them at /spawn or by typing /rewards

Custom Slimefun Jar
This jar is mostly recoded but has the exact same feel to the original Slimefun, the only difference?
It isn't laggy and it's bug-free, meaning we can speed Slimefun back up to it's intended speed (rather than +45 ticks (2.25s per 1s))
As far as we have tested, let us know if anything crops up.

Shady Mage
All the way from V5, the Shady Mage made his return!
However, everything has been revamped and redesigned, so realistically the only thing that's the same is the name!
Check him out at /warp Mage!

Mazes
Welcome back our good old friends, Mazes!
You can join them via an NPC at spawn or by typing /maze

Added Player Mall
You can now rent out shops for 2500$ for 7 days (renews automatically) at /warp mall!
Free publicity at spawn!

Teleport Delay
A teleportation delay of 5 seconds has been added to prevent users from bailing from fights and envoys.
We're working on a solution for the issue of disconnecting.

Graves (Deathchests)
These will spawn whenever you die at your place of death (regardless of where) and keep your items and exp in them!
You can have a maximum of 1 on the map, and they each last for 10 minutes.
If someone else opens your grave, or you open theirs, a zombie wearing your/their head will jump out after they/you loot the chest

New Parkours
We've been regretting the decision we made with V7 to revert the parkours to their predecessor for a while, now; we're even more in the future than before.
These include leaderboards in person (not a sign (epic ik)) and on the parkour menu. The competitive fellows are now ecstatic
Check out /warp parkour or type /pk to join!

New Spawn
Thanks to @lukemango, @Ceabed and @That8BitGamer for helping us out with the spawn!

New /guide, /warps, /economy and /thelp
We've put a lot of time into the new guide and GUIs, let us know what you think!
Don't worry! You can still type /warp <name> and bypass the GUI

VoteParty (v1)
It's back! But this time, we are not having crates. Rewards will be given as soon as it starts, perfecto!

RTP (v2)
This one is far better than v1, it's actually random (not that the first wasn't; it just seemed to plop you in the same place)!
You cannot use RTP in the Nether, End or Extras world, and there is a 45-second delay!

Lucky Blocks
These helpful but random fellas will appear whilst mining in the resource world.
There are 42 individual rewards you could get from them!

A couple of things to look forward to in the next update:

Dungeons
We're going to roll out 2-3 dungeons in the next update (will be /server dungeons; items, mcMMO, economy etc will be linked)

The lobby has needed some TLC for a while, it's her time to shine!

Changed Lobby Build
Thanks to @Ceabed and @That8BitGamer for building it!

Changed Server Selector GUI
It was looking quite dated and we wanted to spruce it up, it's the detail that counts!

PLEASE READ THIS IF YOU HAVE ANY ISSUES WITH CYT

We're cracking down on bugs one by one, but some are just out of our reach. We're going to do our best to help you but you need to help us to achieve that.

For Slimefun issues:
Make a thread here: https://craftyourtown.com/community/forums/bug-reports.26/
INCLUDE A VIDEO - We will dismiss Slimefun bugs without videos as we cannot report it.

For other issues/exploits:
Make a thread here: https://craftyourtown.com/community/forums/bug-reports.26/
Please include as much detail as possible so we can get this resolved
(Reporting issues regarding the economy such as glitches to earn extra cash will be rewarded)

We hope to see you online soon!